Back in 2019, we wrote about when to offer an exclusive on funding news, but since then a lot has changed. According to Crunchbase data, global venture funding hit an all-time high of $125B in Q1 2021, with late-stage funding deals taking the lion’s share of that pie. Due to the rapid increase in digital transformation efforts brought on by the global pandemic, technology adoption is on the rise, as are venture capital investments in technology startups from early stage onward.

So, it stands to reason that we’re doing more funding announcements than ever before, which got me thinking about which strategy — exclusive or broad embargo pitching — could consistently yield the “best” results for SaaS companies. For the purposes of this article, I’ll use “exclusive” in reference to offering a single reporter the opportunity to cover your news, and “embargo pitching” in reference to pitching several reporters the news under embargo before the announcement date.

A note on offering an exclusive

Why offer an exclusive? Well, in quick summary, doing so can make the news more “attractive” to a reporter whose cup already runneth other with things to cover, and usually means they’ll write something a little more in-depth than a regurgitation of the press release. On the flip side, it lessens the chance other top tier outlets will care (since they won’t get a heads-up on the news before it is live) and could lower overall coverage totals.

Before diving into the data, I feel the need to offer a disclaimer. There’s no “one size fits all” approach to a funding announcement (or any announcement for that matter). Weigh the pros and cons, consider the below questions, and consult with your SaaS PR agency before going all in, and deciding to offer an exclusive (or vice versa).

Things to think about when determining a PR strategy for your SaaS funding announcement:

Back to the data, and a bit of background

I am currently chasing a (perhaps somewhat delusional) funding announcement dream scenario — I’d like to get Insider, Bloomberg, Forbes, VentureBeat and TechCrunch to all cover my client’s funding news. I realize achieving that would only be possible with the right news, and an unlikely week where reporters at those publications had time available to write the story. But, let’s evaluate for the best case scenario.

Recently, our agency executed two funding announcements for companies with unicorn valuations within one week of each other. Client A raised a $125 million Series D at a $2.1 billion valuation near the end of March. Client B announced its $100 million Series D and corresponding $1.4 billion valuation just eight days later. For Client B, we went the exclusive route, and for the other, we chose broad embargo pitching (see above section on “things to consider” if you’re wondering why we opted for different strategies). Differences aside, that’s a pretty fair playing field for comparison.

A breakdown on the results

Client A funding announcement — no exclusive

Overall, the results were pretty even. We secured more coverage for Client A, which makes sense given the strategy of embargo pitching, meaning we shared the news with more outlets before the announcement date and the industry trade pickups in marketing publications. Otherwise, we got the same number of “big wins,” the same percentage of backlinks, and coverage had the same domain authority. The biggest difference is the total potential reach of coverage (UVM: unique monthly visitors) — 500 million for Client B vs. 300 million for Client A. Taking these numbers with a grain of salt (we know they’re not always the best measure of PR success), the data essentially shows us the three “big wins” we secured for Client B were simply bigger in reach than the “big wins” we secured for Client A.

Here’s what we’ve learned about the top publications we would love to see cover our SaaS clients’ funding news (*clears throat* these are big generalizations and remember, each individual reporter will have their personal preference):

So, unfortunately, the answer is no, I don’t think there’s a world where they all cover the same funding news (unless you’re Coinbase). Since Bloomberg requires an exclusive (at least in our experience) it’s unlikely you’ll be able to give the other publications the lead time they need to also cover the news. Keep in mind these were both Series D announcements with valuations more than $1 billion. If you’re working with news where the round is smaller/earlier, and especially if the valuation isn’t disclosed, you will need to recalibrate your expectations.

Earlier this year Alex Wilhelm (TechCrunch) offered some great insight on pitching early-stage rounds, diving into the imbalance in the number of those rounds (and PR people pitching them) compared to the number of reporters covering them. He explains why it’s so tough to get coverage for seed or Series A raises, and why sometimes the most likely response is “this sounds cool — I don’t have time to cover it.”

As always, if you want the best chance at securing a meaningful story for your funding news, give us a call (at least two months before your news goes live). 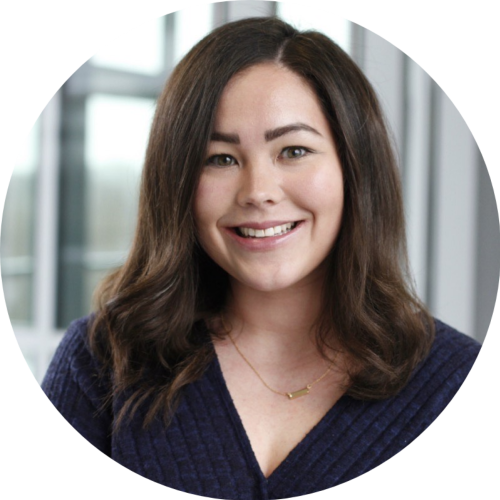 As BLASTmedia’s Senior Vice President, Grace oversees account services, working with agency leadership to understand and react to changes in the media landscape. Using agency data on open rates, placements and OKR completion, she leads the agency in developing best practices and benchmarks to ensure successful campaigns. Grace champions BLASTmedia’s pro bono efforts, supporting minority-owned or operated SaaS organizations, and is a founding member of the agency’s DEI committee. In her free time, Grace enjoys hiking through Indiana’s state parks and working on her 100-year-old bungalow in Indy.