A note from the team at BLASTmedia: Our clients often ask us, can you get us a Wikipedia page for our company? Unfortunately, our answer as a B2B SaaS PR agency has to be no. Wikipedia’s army of zealous volunteer editors instantly sniff out marketers and PR pros looking to use Wikipedia’s platform as a marketing tool. Since Wikipedia is a nonprofit with the mission of collecting and disseminating educational content, its editors do not want companies promoting themselves via Wiki entries.

Because of its nonprofit status and altruistic mission of educational information dissemination, Wikipedia has cracked down on businesses creating listings. Much like Facebook has made organic posts from brands nearly invisible, Wikipedia editors have made an effort to make the barrier for business entries impossibly high. Unlike Facebook, however, Wikipedia cannot be bought with ad dollars.

To help further understanding of Wikipedia’s guidelines, we asked David King, founder of Wikipedia consultancy Ethical Wiki and experienced Wikipedia editor to share an overview of the requirements that need be met to create a page on the free online encyclopedia.

As a Wikipedia consultant, I get approximately 300 inquiries per year about creating a new Wikipedia page for startups, entrepreneurs, products and creative talent. The number of new pages I actually help create is about five.

The Rules for Creating Pages on Wikipedia

Wikipedia has a rule it calls the “notability” standard that determines who or what is famous enough to have a Wikipedia page. You can read Wikipedia’s notability standard for companies and organizations, but I don’t recommend it. It’s more than 5,000 words long and filled with Wikipedia jargon.

Wikipedia’s notability standard for organizations and companies can be summarized, and simplified, like this: Two professional journalists at reputable national media publications need to have written substantial, in-depth biographies on the subject for that subject to qualify for a page on Wikipedia.

Breaking that down further, each of the following needs to be in play:

In practice, Wikipedians — individual contributors to Wikipedia — also tend to consider a company’s age and size before agreeing to create a new page. In this case, most companies qualify for a page when they reach about 300 employees or $150 million in revenue. That’s not a rule and I’ve written pages on smaller companies, however, it’s at about that point in a company’s lifecycle where journalists start writing about the company’s history and journey. It’s at about this size that companies become a meaningful part of world history, as opposed to a company that has the potential to do so in the future.

In the vast majority of cases, someone who wants to create a Wikipedia page will genuinely feel they qualify for one, whereas most Wikipedia editors would not support that contention. Here are a few common objections:

“But so and so has a page.” There are a lot of reasons your competitor may have a page and your company does not. Sometimes those companies are just larger, more famous companies. In other cases, the competitor’s page was created years ago, before Wikipedia sharply increased its standards to qualify for a page. Also, quite often a company that has a Wikipedia page created it using inappropriate and covert methods that contravene Wikipedia’s rules, its “Terms of Use” and possibly the law. You can’t get the same results using ethical practices.

“But we are featured in tons of press.” Often, folks feel they meet the requirement because they have engaged in a lot of media activity. However, a good PR agency will tell young companies to focus on topics bigger than themselves in their media outreach. That’s good advice, since a brand new company does not have a rich historical narrative yet. But remember, Wikipedia needs in-depth biographical profiles that show editorial judgment on what the major milestones in the company’s history are and what a neutral overall portrayal of the topic looks like.

“But another Wikipedia service said we are notable.” Be wary. People who really want a Wikipedia page, but do not actually qualify for one, are the prototypical victim of unethical Wikipedia astroturfing businesses. These businesses will often advertise they are ethical, while in fact operating a network of accounts with fake user profiles in an effort to manipulate Wikipedia. They will offer guarantees that your article will be accepted when, in practice, their clients’ pages are deleted by the hundreds whenever Wikipedia’s editors uncover their latest accounts. These services will tell you what you want to hear and falsey claim to do a notablity check.

If you’re not sure if a service is ethical, check to see if they’re listed on Wikipedia’s list of companies involved in paid editing and associated blocked accounts. Or, you can ask the questions listed on my site, Ethical Wiki, under each of the “How to Tell” segments to help determine if they engage in ethical practices.

Many companies expend a lot of time, energy, money and frustration trying to create a Wikipedia page on a subject Wikipedia just doesn’t want to cover. Wikipedia’s editors and processes don’t help the issue. Wikipedians will often give you vague feedback in pre-written templates filled with Wikipedia jargon that encourages you to improve your article and resubmit. However, if the topic doesn’t meet these requirements, you can re-write your draft Wikipedia page a hundred times and it will keep getting rejected.

The best advice, in most cases, is to focus your time and energy elsewhere. When you become famous enough for a page, someone will likely start on organically.

But sometimes, you can’t do that. Your CEO or board member wants a Wikipedia page for the company and they won’t accept “we’re not even going to try” as an answer. In that case, you need to submit a draft Wikipedia page to “Articles for Creation” with a clear and conspicuous disclosure of your affiliation to your client or employer. Then, like with any independent site, you let the site’s editors decide. I often help with this, even in cases where I advised against it.

There are also alternatives to Wikipedia, like Everipedia. Everipedia is a competitor to Wikipedia that doesn’t have the same restrictions on new pages. It doesn’t have the same SEO juice as Wikipedia, but it fills the same niche of long-form wiki-style biographical content. It can also serve as an extension of the kind of “About Us” section that you mind find on a social media profile.

Finally, there are those rare few that do not have a page and genuinely qualify for one (about 2% of the time). (Here’s a worksheet I ask folks to fill out and provide to me for an independent evaluation of whether they meet the requirements for a new Wikipedia page). The companies in this category are typically B2B companies with a customer demographic that is not very active on Wikipedia, so no editors have organically created the page. Other times, these companies just met the bar over the last year and on one has started a page yet.

Wikipedia very strongly discourages people from contributing to the site for marketing purposes. Generally, this is good advice. However, sometimes marketers, practically speaking, need to collaborate with Wikipedia. In those instances, we can ethically disclose our affiliation to the organization and submit content, ask for corrections, etc. just like we would with any other independent website. 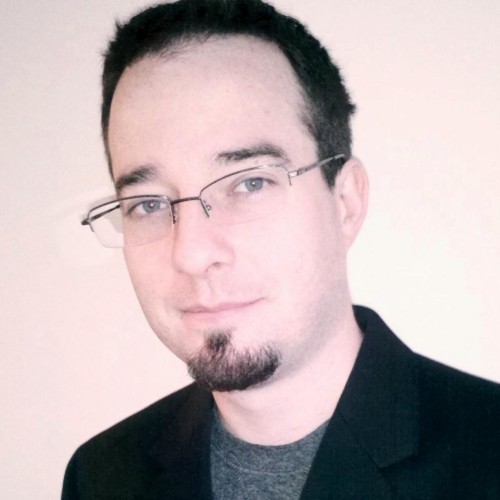 David King is the founder of a boutique Wikipedia consultancy called Ethical Wiki. He has authored more than 30% of Wikipedia's best company pages, according to the site's independent rankings. King has made more than 40,000 edits on Wikipedia over the last 10 years. He has been featured in PRWeek, CorpComms, Ragan and others.